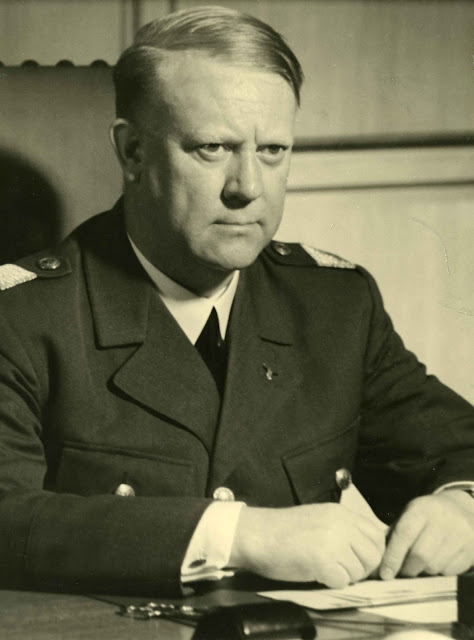 THE ORIGINAL QUISLING,
STANDING FOR THE 21 CENTURY QUISLINGS
TEMPOS INTERESSANTES’ MEN OF THE YEAR 2015

People will find it most odd that Vidkun Quisling, who died in 1945, would be chosen for Tempos Interessantes’ Man of the Year 2015. In fact he was not really bestowed with the award.

Vidkun Quisling was a Norwegian politician who betrayed his country, collaborated with the III Reich, supported the Nazi invasion of Norway in 1940 and actively cooperated with the Nazi rule over Norway with the post of Minister-President, side by side with the Reichskommissar. His collaboration was extensive and included the Final Solution. After the War, he was put on trial, found guilty of murder and high treason and was executed by firing squad in October 1945. 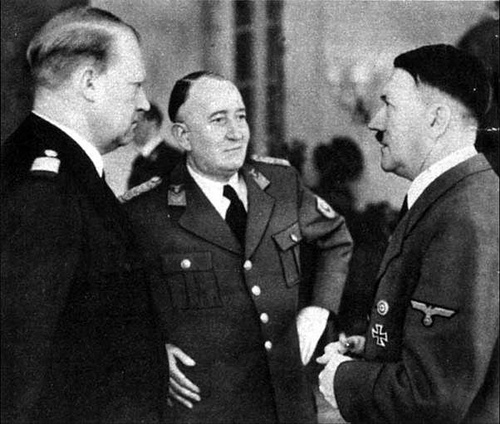 Quisling with Adolph Hitler in 1942.

This despicable character is brought up in this post because his name has become a synonym for traitor and for collaborationist. So, Quisling in this context is actually quisling and the Man of the Year award is bestowed upon a long line of modern day quislings. We are obviously not speaking of the same level of the aforementioned high treason, much less of collusion to mass murder, but we are pointing to a list of politicians from several European countries who, in the past decade, have shown an absolute contempt towards the will of their people and the interests of their nation, for the sake of abiding to the rules, policies and interests of a foreign power.

Coincidence or not, the power whose will these 21 Century Quislings have been subservient to is none other than Germany.

First and foremost among the Quislings and the inspiration for these selection is the Greek Prime-Minister, quite possibly one of the biggest frauds in contemporary European politics.

The man who swore war on austerity, the man who launched a crusade for a drastic cut to Greece’s debt, the man who wanted to pursue a litigation to extract war reparations from Germany, the man who vowed to put an end to the excruciating pain inflicted upon the ordinary Greeks for four years, the man who vowed to make Greece break free, the man who put to a referendum the choice between accepting Germany’s diktat and rejecting it, campaigns for the latter and is vindicated by the popular will and sells out his country to the Germans the following week, accepting even harsher conditions than the ones proposed before the referendum. Alexis Quisling Tsipras: the ultimate 21 Century Quisling!!! 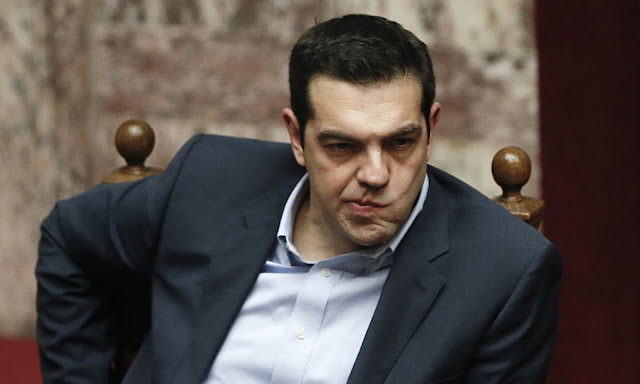 Alexis Quisling Tsipras: the ultimate 21 Century Quisling!!!
in “THE GUARDIAN”
at http://www.theguardian.com/commentisfree/2015/may/06/guardian-view-greece-dangerous-brinkmanship

However, Tsipras will have to share the prize (and indictment) with several fellow Quislings and do they abound. With different degrees of Quislingness, each and everyone of them has willingly and repeatedly subjugated his political action to the Berlin-Frankfurt-Brussels social-economic dogma, regardless of the willing of their people and the widespread, selective and deliberate pain and suffering inflicted upon them.

We are not talking about Auschwitz, Treblinka, or Matthausen, but we are talking about the massive punishment of fiscal confiscation, arbitrary salary cuts, indiscriminate pension cuts, deliberately making working people ever more vulnerable and persecuted, throwing crowds of millions to unemployment, many losing their homes, many more thrown into outright poverty, destroying the lives and hopes of the youth that, for instance, in Greece, have a 50% unemployment rate, many forced to emigrate to escape the dead-end.

All this done in the name of the austerity dogma, the fake panacea used to rescue banks and to consolidate the German export onslaught to Europe. This, however, is only feasible when there is an army of Quislings imposing these commands. Here’s a quisling short list:

To this we can still add the EU’s structure, including the most relevant commissioners and, to a lesser extent, the leaders of France (François Hollande) and Italy (Matteo Renzi) who, seemingly scared of German wrath or retribution, have simultaneously disagreed and acquiesced to German malfeasance.

The Quisling’s band lies, cheats and steals with astounding impunity, it denigrates whoever thinks differently and it displays a canine unshakeable allegiance/obedience towards Germany. For them, Democracy is a burden and the people are a nuisance they barely put up with.

This notwithstanding, the Quislings mostly succeed and it is their success that earned them this distinction: through lies, threats and deceit they carry on their masters’ policies presenting them as the ONLY policy, their gospel.

The Quislings are despicable, but they are winning.