Economist: Too Liberal, Not Democratic Enough

ECONOMIST: TOO LIBERAL,
NOT DEMOCRATIC ENOUGH 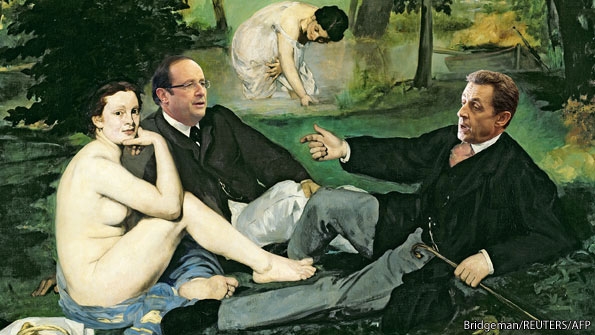 The French picnic The Economist abhors.
(adapted from Edouard Manet’s “The Picnic”)

“The Economist” is a prestigious British journal and a staunch defender and promoter of liberty and Liberalism. I used to be a subscriber and still am a regular on-line reader.

A few reasons shifted me away from “The Economist”. The relevant one for the purposes of this post, relates to what I view as being a fundamentalist drift on the journal’s defence of its ideals.

It started by The Economist’s 2008 endorsement of Barack Obama’s candidacy for the office of President. Although the candidate espoused several views that ran counter The Economist’s convictions, especially on trade, this journal expressed its confidence that Obama would flip flop on these issues once elected. Besides this odd conviction, there was the funny detail that John McCain was not awarded the same confidence, or lack hereof.

However, it is another election that drives me to write this post: the 2012 French Presidential election. In fact, “The Economist” has run an interesting series of articles and analysis of the French political and especially economic situation, as well as the potential impact of the elections on other European states and on the euro.

The problem is that “The Economist” has fallen into trading democratic accountability, loyalty and the need for a honest relationship between the elected and the elected for the blind pursuit of its own agenda:

Many business leaders cling to the hope that a certain worldly realism will emerge. [….] once elected, the new president will ditch his extravagant promises and pursue a sensible agenda of reform, [….]. But is that really possible? It would be hard for Mr Sarkozy suddenly to propose deep public-spending cuts, given all the things he has said. It would be harder still for Mr Hollande to drop his 75% tax rate.

Besides, there is a more worrying possibility than insincerity. The candidates may actually mean what they say. And with Mr Hollande, who after all is still the most likely victor, that could have dramatic consequences.
in “The Economist”, A Country in Denial,
at http://www.economist.com/node/21551478

So, “The Economist” recommends and hopes that French politicians scrap everything they said on the campaign trail and follow The Economist’s agenda, or Merkel’s, or whoever’s. Worse than lying, the elected candidate could be tearing The Economist’s bible apart! Dear God!

And this was not just an unfortunate tirade by an overzealous journalist. A month later, they were at it again:
Optimists [….]  dismiss as symbolic Mr Hollande’s flashy promises to impose a 75% top income-tax rate and to reverse Mr Sarkozy’s rise in the pension age from 60 to 62, arguing that the 75% would affect almost nobody and the pension rollback would benefit very few. They see a pragmatist who will be corralled into good behaviour by Germany and by investors worried about France’s creditworthiness.
If so, no one would be happier than this newspaper. But it seems very optimistic to presume that somehow, despite what he has said, despite even what he intends, Mr Hollande will end up doing the right thing.
in “The Economist”, The Rather Dangerous Monsieur Hollande, at http://www.economist.com/node/21553446

It is amazing! Corralled, tamed, maybe chained and enslaved to “The Economist” and to a foreign power, that is what would make “The Economist” happy after the May runoff! How undemocratic and arrogant! 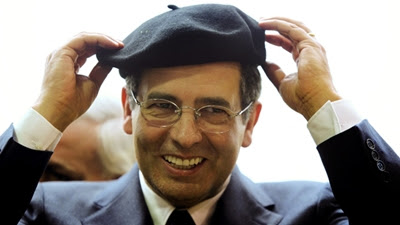 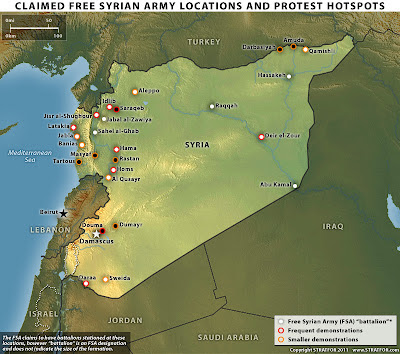 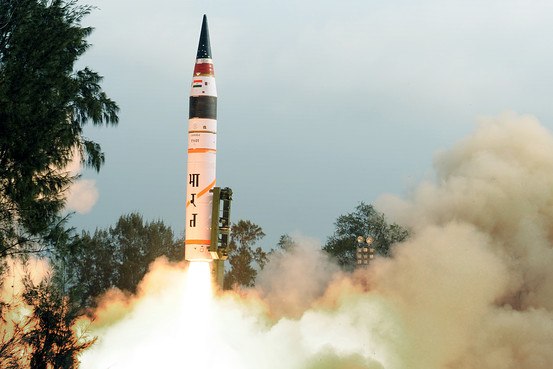 Lançamento do Agni V.
in “The Wall Street Journal”