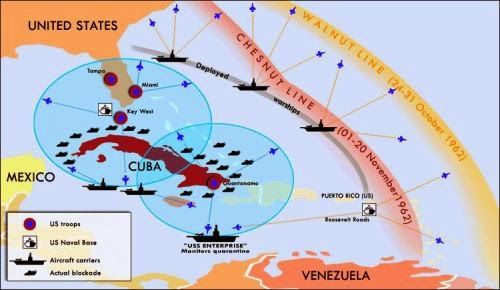 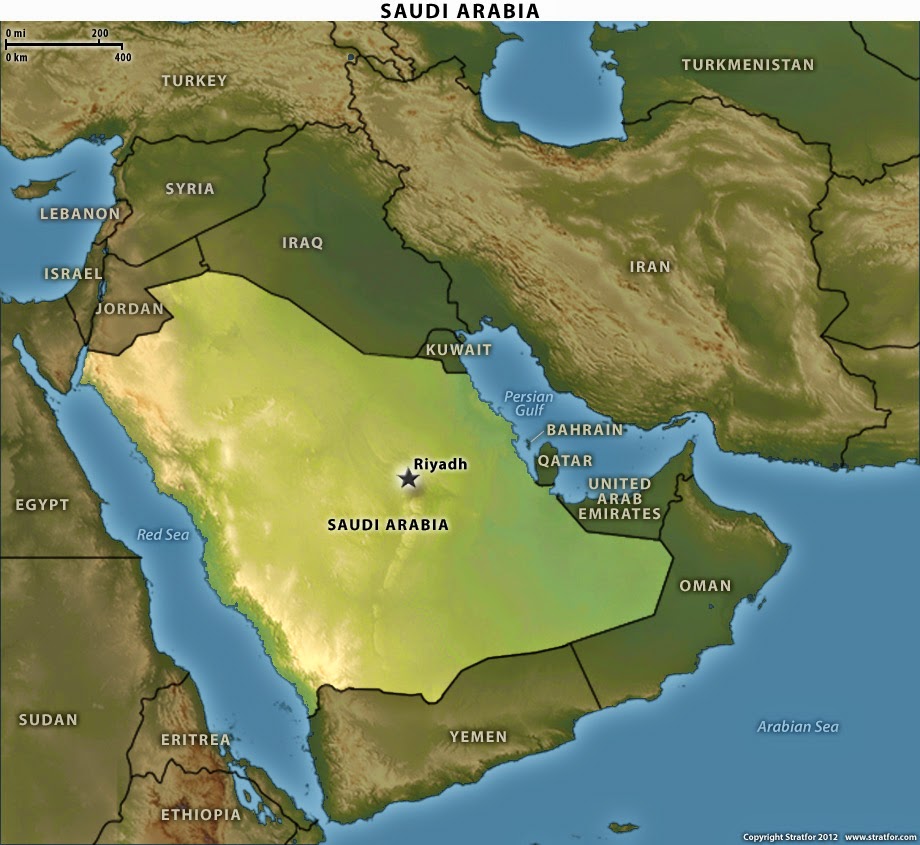 Saudi Arabia at the heart of the Middle East.
in STRATFOR, em http://www.stratfor.com/

The world has been changing for Saudi Arabia. The changes date as far back as 1979 (the Islamic Revolution in Iran) and 1991 (the end of the Cold War). However, it was from 2003 onwards that the changes became acute, systemic and potentially threatening: the Iraq War and the Anglo-Saxon (US, UK, Australia) invasion that toppled the Sunni-dominated regime of Saddam Hussein and its replacement by a Shiite-led, Iran-controlled regime, has shaken the geopolitical foundations which Saudi Arabia was comfortable with and relied upon.

Eight years later, the 2011 breakout of the so-called Arab Spring shook the foundations of many Arab nations, wrecking the relatively stable decades-long political order in the Middle East. The statu quo is one of the most prized values for the Saudis and they have seen it replaced by revolutions, protests, regime-change, civil wars, international interventions and interference, the rise of sectarian groups and militias capable of engaging demoralised formal armies, the dissolution of states, in two words, the chaos and the violence.

Finally, in 2015 Riyadh is facing the latest unsettling change: an impending nuclear agreement between Teheran and the P5+1 powers and the corresponding enfranchisement of the Islamic Republic.

So, what are Saudi Arabia’s short/mid term external challenges and how can she handle them?

1-      First Saudi Arabia has to fend off threats to the unity of the Sunni Arab bloc and to assert Riyadh’s leadership over it. Given the passivity of Turkey and the economic strains of Egypt, Saudi Arabia has assumed increased prominence, taking the initiative and leadership of the military intervention in Yemen and assuming the command of the newly created (and not yet established) joint military force of the Arab League. 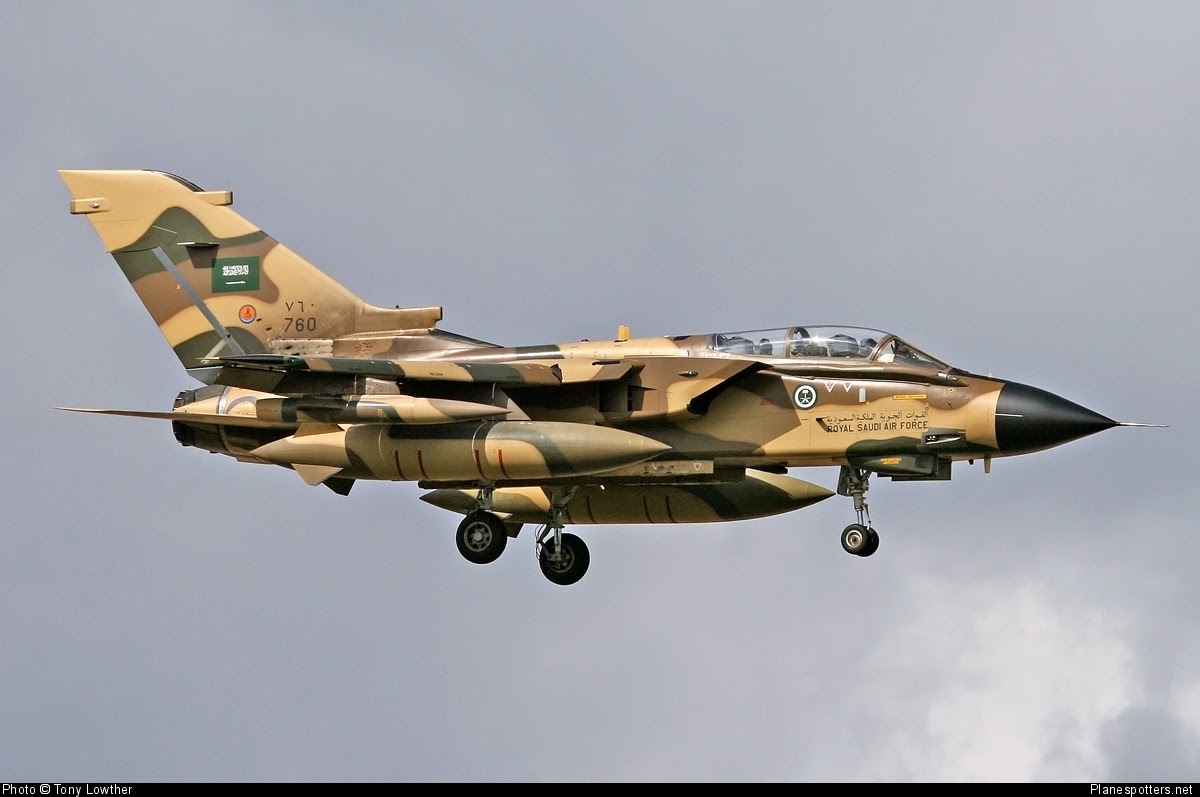 2- The challenge of the largest magnitude is the Iranian threat. There is a major geopolitical confrontation with strong sectarian overtones going on in the Middle East. One can look at it as a Sunni-Shiite competition, or as a Saudi Arabia-Iran one. Either way it exists.

There are 5 Sunni-Shiite battlegrounds: Iraq, Syria, Lebanon, Yemen and Bahrain. In the latter the situation is under control and Riyadh has shown in 2012 that it has no qualms in intervening in the island-nation to ensure the Sunni royal family’s grip on power.

In Yemen the political-military situation is chaotic but the Kingdom of Saudi Arabia (KSA) holds a great geopolitical advantage over Iran. The Saudi-led military (air and naval) intervention in Yemen is the clearest sign of the new Saudi posture: confronted with multiple threats and Iran’s ascendancy, the KSA has seemingly abandoned her traditional passive foreign and security policy – the power of the purse is now complemented by the power of the gun.

However, in Syria, Iraq and Lebanon, Saudi Arabia’s allies and proxies do not enjoy military superiority and only in the former do Sunnis constitute the demographic majority.

In Syria, the KSA is in a disadvantageous position and has managed her involvement in an erratic way, shifting the groups she supports, torn between opting for the most powerful and efficient but more radical groups (Islamic State, Jabhat Al-Nusra) and the West’s pressure to support supposedly moderate (and largely ineffective) ones. Thus Riyadh has consistently lost against Iran’s focused and determined support for the Al-Assad regime.

In Iraq, Saudi Arabia’s alignment with the anti-Islamic State (IS) coalition is difficult to understand in a cold and rational geopolitical analysis: the IS has severely shaken the Shiite government in Baghdad and thus has forced Iran  to get deeply involved in yet another war in which one of her closest allies in under duress. The more the IS harassed Baghdad, the more tied down would Iran be in an Iraqi morass, the better for Saudi Arabia. It is a wasted opportunity.

The sectarian Sunni-Shiite struggle has registered more victories and advances on Iran’s side. Starting with Syria’s Civil War, the Saudis have decided to be more interventionist and joined the fray. However, in order to enhance her chances of success, Saudi Arabia has to either intervene directly, or decidedly support groups that can effectively pursue the KSA’s geopolitical interests, even if they are unsavoury ones. If a country if fighting a vital geopolitical battle for security, influence and, ultimately, the survival of a regional framework it can live with, it has to play all chips available. That has been the biggest difference between Saudi Arabia and Iran.

3- Then there is the challenge of the American stance in the Middle East. The current Administration desperately wants to reach a nuclear agreement with Iran and is envisioning a rapprochement with the Islamic Republic. This will represent a triple bonus to Iran:

* The sanctions will be phased out and terminated giving Iran renewed economic capabilities thus enhancing the means to pursue her geopolitical goals, many of which will come at a cost for Arab countries such as Saudi Arabia.

* The strong security links between the United States and the Gulf states have been frayed and will likely deteriorate further. This will make the KSA and the rest of the GCC feel more vulnerable and will give Teheran more wiggle room to manoeuvre.

* Iran will retain a fairly short nuclear breakout capability which will effectively make her a sort of para-nuclear state legitimised by the powers that be. This will obviously further increase Saudi insecurity and vulnerability. It has not escaped Riyadh (and no one else for that matter) that the present US Administration has a knack for being friendlier to opponents and enemies than to allies and friends, so it is clear it has to brace for a new reality: the American security guarantees will not be as encompassing and certain as they used to be, at least until early 2017. Consequently, the Saudis have to face the reality that they are mostly on their own to organise their defence and pursue their interests.

Thus it is not surprising that Saudi Arabia was the world’s largest weapons importer in 2014, that she started showing her teeth and that she has been forging closer military ties with other Muslim Sunni countries that can bring more military capabilities and manpower, like Egypt, Pakistan and Sudan.

4- Finally, there is the nuclear question. Iran’s probable para-nuclear status will present Saudi Arabia (and Egypt, and Turkey, and the UAE…) with a dilemma: should she trust Iran’s (dubious) good faith and self-restraint? Or should she prepare for the worst and engage in her own nuclear programme? Or, more likely, should she use some of her gigantic financial reserves and buy a ready-to-use nuclear package from Pakistan? (Saudi Nukes? at http://tempos-interessantes.blogspot.pt/2013/11/saudi-nukes.html )

The decision will be based on the Saudi King’s risk perception and on a cost-benefit analysis. If either Iran or Saudi Arabia or both go nuclear, it will give a new dimension to the adjective “explosive” when applied to the Middle East.

Times are changing and for oil-rich Saudi Arabia the intuitive path going forward will be to introduce the necessary changes to ensure that nothing much changes. More realistically, Riyadh will have to strive to make the best of the changes and to hang on to what may be feasible to keep. My bet is that Saudi Arabia will continue to be a top player in the Middle East. 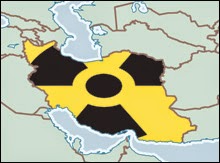