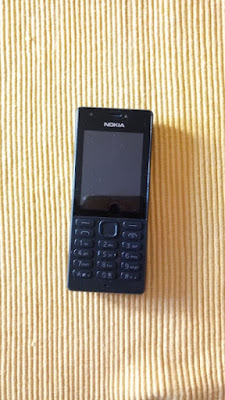 
Everyone has to endure annoying things and situations. It’s part of life, I guess. Most of the time, it does not affect me much. The answer “I don’t care!” or “I couldn’t care less!” usually works quite well. However, I’m afraid there is always a limit.

We live in a society that is fanatically addicted to technology, regardless of its actual use and utility, they have to possess the latest gadget thrown onto the market. Again, I don’t care.

What is really annoying is when these tech-addicts try to act as some ecstasy peddlers selling the product at the corner of some American inner-city. It gets worse when they do it over and over. Not long ago, some supposedly hi-tech “experts “could not even distinguish an app from an ape. I must confess I asked a few of them how they managed to insert so many apes into their sort of chocolate bars. They would not understand it; I would just laugh and leave.

Another thing is calling me “Conservative”. Not a problem. I am actually Conservative in many things, but apparently being one was something like refusing to buy and use a South Korean time-bomb.

Notwithstanding, the biggest and true scandal is the fact that I do not own a so-called smart phone. I remember a few years ago going to FNAC to buy a web-cam (it’s true, I have one – I think it runs on coal). I picked one that seemed to be good and cheap. The shopkeeper explained it had a 50% discount because it was the last one (apparently it dated from the Victorian age). And then he went on talking about the “Apes” I could use. I interrupted him: “I’ll take the webcam, but no “apes” please. I do not have a so-called smartphone; I have a stupid phone.” And showed it to him. He laughed his head off. At last someone with a sense of humour.

Later, came other questions: “What’s up?” “Nothing’s up, I’m ok.” But there were still variations “What’s app?”, “What’s ape?”, or whatever was the latest thing. Again, I just laughed.

People can be sooo boring. “How can we contact you?” I confess sometimes I felt like answering: “You don’t!” Then, patiently, I tried to explain that I had a mobile phone which could make a receive phone calls or sms; I also added I had a phone land line; and I also had an e-mail and even possess Facebook with messenger. Sometimes it sounded as if I was like Saint Anthony preaching to the fishes, but they would probably think it was some sort of new “ape”.

However, the biggest mysterious and traumatising problem was NOT OWNING a so-called smartphone. It looked as if they were close to be turned over to the Holy Office of the Inquisition 21 Century-version.
“What if you get a mail or a messenger?”
“I have a functional desk top computer.”
“What if you’re out?”
“Oh, I’ll just take it to the beach with me!” LOL
“Now seriously, the e-mail would have to patiently wait for a few hours until I came back. Nevertheless, may I point out, again, that I do have a mobile phone.”
Finally, I am obsolete and info-excluded. And there I was thinking that obsolete and ridiculous were those people who paid dearly to use ragged clothes, namely trousers, like they had fallen off of a cliff.

I also fail to see the civilizational advance of people who spend their time grabbing their phones, frantically scrubbing them up and down, left and right, ignoring other people, taking pseudo-glittering photographs of themselves, where they had coffee, what they had for lunch, their shampoo brand or the disgusting looking stuff they supposedly had for breakfast.

Why do these people preposterously try to assume the role of judges of what I can or cannot use? If I am not worried with my communications paraphernalia, why on earth should they be? Do they get a commission for every person they convince to buy one of these things? Maybe, like Mao Tse Tung (not an ape, not an app), they want everyone to look the same. Or, do some of them think they can get smart by holding a supposedly smartphone? That actually sounds… well, pretty stupid.

I am not saying I shall never buy one of these things, but I do not live in Tangiers or Izmir, so stop chasing me constantly with your brick-like phones, trying to sell me something I do not want to buy one any time soon.

P.S. Interestingly, I also meet several people, particularly linked to IT who, seeing my phone, take a deep sigh and say they wish they would have a mobile phone like mine. Smart or stupid?

P.P.S. This text results from a relentless and exaggerated picking on me because of my mobile phone. There are things that are funny until they cease to be. Nevertheless, it is not directed to or against anyone in particular.
Publicada por Rui Miguel Ribeiro à(s) 23:05 Sem comentários: